What Is Neurofeedback therapy? 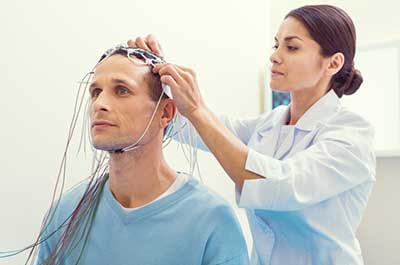 Neurofeedback is a non-invasive method of direct brain function training.

It is also a type of biofeedback and is therefore, also called EEG Biofeedback.

It uses the electrodes (which act like tiny microphones) placed on the client's scalp to record and amplify the EEG, or brainwaves and control auditory, visual, and/or tactile feedback which allows learning to take place.

Symptoms We Can Treat:

How Can Neurofeedback in Miami Help You?

Because neurofeedback is involved in helping the nervous system regulate itself, it can be used with patients of all ages with a wide range of concerns.

For many patients seeking this form of training, their brains have become stuck in a rigid pattern of responding.

With neurofeedback, we can help the brain to become more flexible and efficient, allowing the patient to be better able to adapt to challenges in the future.

This influence may also encourage neurophysiological resilience with the induction of brain flexibility, relaxation, and a steadier central nervous system.

For example, if one's state of neuroanatomy and physiological health is over-stimulated or under-aroused, mental illnesses, with various symptoms may manifest behaviorally, psychologically, emotionally, and/or physically.

Such disorders as anxiety and depression may have a base in neurophysiology which consequently can be targeted for training. 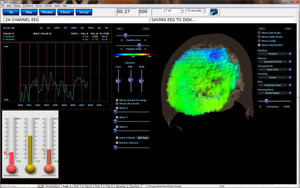 A qEEG (Quantitative Electroencephalogram) is a diagnostic tool that measures electrical activity in the form of brain wave patterns. It is sometimes referred to as “brain mapping.”

Brain waves are the rhythmic electrical impulses generated when the millions and millions of neurons inside your head communicate with each other.

A qEEG can reveal brain wave patterns that are associated with impulsivity, cognitive inflexibility, anxiety, and other symptoms.

By using QEEG to map out your brain function, doctors can easily recognize areas that may be over stimulated or under stimulated and make a treatment plan to correct those problems.